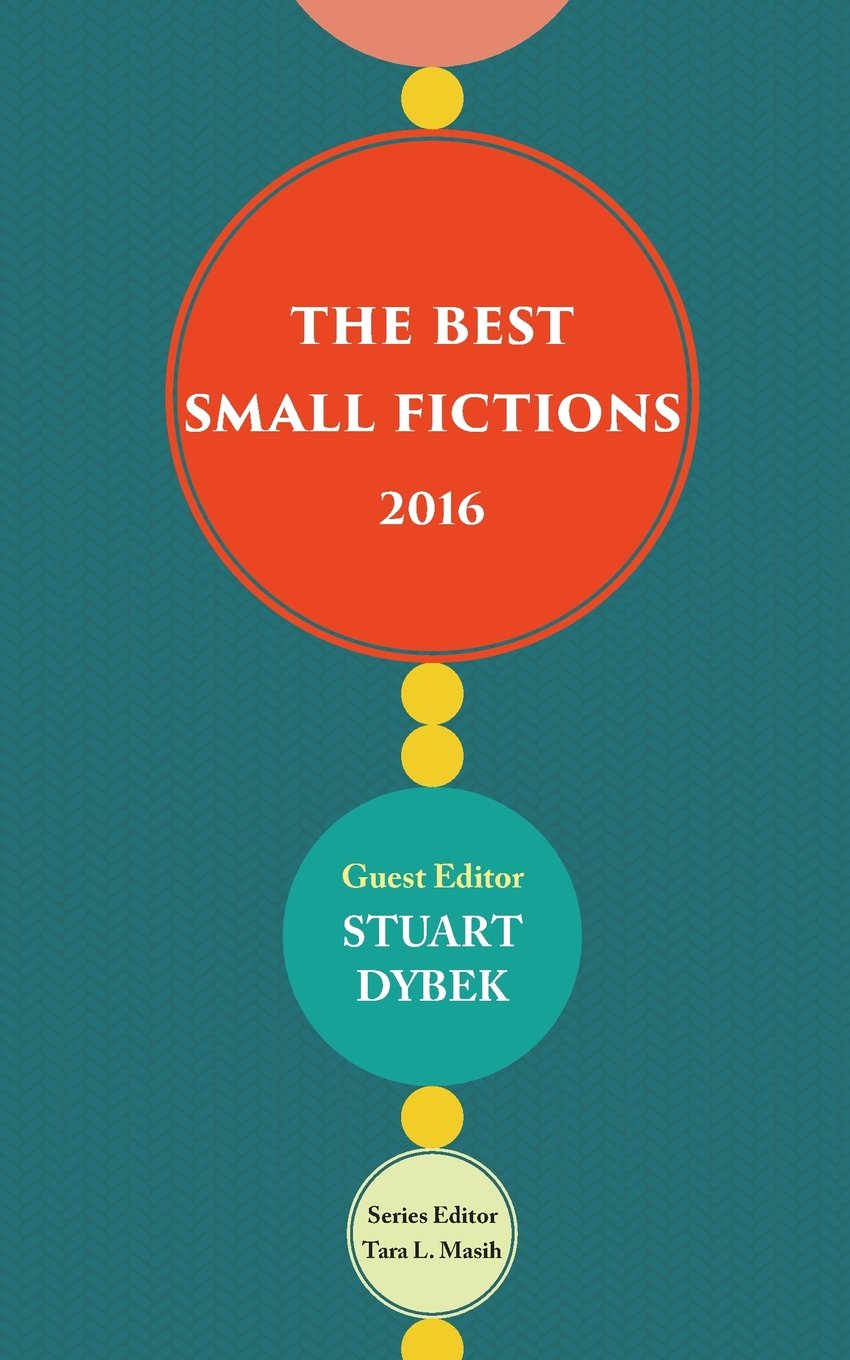 I’ll take up the Best Small Fictions series again with comments on my favorite stories from the 2016 anthology.
These are the stories I liked best:
— Rosie Forrest, “Bless This Home”: A story about a girl who’s at home while her mother’s tenant lurks nearby. It’s a very quotidian setting, but there’s a lot of tension, jagged edges, suggestive descriptions.
— Paul Beckman, “Healing Time”: A piece about a family that comes together because the mother is about to pass away; she talks only to her sister before she dies, and she tells her several things that she can only discuss with them when they all talk to each other—and this is what makes the story powerful. The father doesn’t talk to his daughter, and the two brothers don’t talk to each other. This tension runs high and props up the whole story.

— Amelia Gray, “These Are the Fables”: A short story about a woman who tells her boyfriend that she’s pregnant. The hectic circumstances—she breaks the news at a Dunkin Donuts that bursts in flames while they talk—and the voice make the story stand out.
— John Brantingham, “The California Water War”: A piece about two brothers who drop a stick of dynamite into the aqueduct. What’s most interesting is the tension between them, and the credible rage that wells up in one of them; the ending, with a suggestive final paragraph, is well done.
— Kathy Fish, “A Room with Many Small Beds”: Ten numbered vignettes told from the point of view of a little girl who watches life unfold around her father and, mostly, her father’s girlfriend, Pearl. We see the emotional toll exacted on the narrator by her mother’s absence and Pearl’s erratic behavior. The paragraph-long episodes tend to be very suggestive.
— Courtney Sender, “The Solidarity of Fat Girls”: A story about a character, spoken to in the second person, who was raised by his sisters, who like to think of themselves as fat girls. The forward march of the story and the emotional moments presented obliquely are good. It is episodic, composed of strung-together snippets, but I’m not sure the ending was as powerful as it could have been.
— Dianca London Potts, “Mama’s Comb”: A piece about a mother who died recently. The family is coping with her parting; the narrator is a daughter who hides a fine comb of her mother’s with the hope that Mama “will rise and come back, come back looking for me.”
— Caitlin Scarano, “Pitcher of Cream”: An apocalyptic story about a woman who lives alone in a crazy landscape—and mindscape—and is visited by a ragged little boy.