Showing posts from April, 2010
Show all

Thanks, but This Isn't for Us 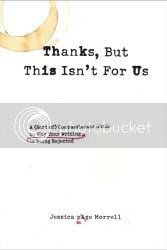 If you’ve gotten rejection letters, then the title of Jessica Page Morrell’s book may sound familiar: Thanks, but This Isn’t for Us . (Subtitle: A (Sort of) Compassionate Guide to Why Your Writing is Being Rejected .) The book is meant for people who know that sting that comes with bland, generic rejection letters, and nevertheless want to keep going until they’ve reached publication (and beyond, of course). Morrell’s book is provocative. Sometimes it’s intentionally so, to the point that it becomes obstreperously badass. For instance, was it necessary or even fruitful to compare writing to striptease? How many times did the author need to mention that she was going to act tough, but that editors out there are much worse? Still, the judgmental and unrestrained voice is effective. It’s funny, too. She has no patience for some types of fiction, and she is quite vocal about it. All of this works to jolt you into realizing that many things can be wrong with your writing while you haven’t
2 comments
Read more

This is the fifth comment I’ve rapid-fired about New Yorker stories over the last few days. This time it’s about Junot Díaz’s “ The Pura Principle ” (TNY, Mar. 22, 2010). I had thought about publishing a single post, in which I’d refer briefly to each of the stories I’ve discussed. That was fitting, as not one of these stories seemed especially strong. Some, in fact, appeared particularly weak. I won’t go into details about those that were published in the three issues after the March 22 edition, like the wispy and quirky fable by Janet Frame called “ Gavin Highly ” (April 5). Ben Loory’s “ The TV ” (April 12) is an amusing existential tale, which lost its way in the middle, when the man watching TV finds himself in a show about doctors. At that point, the story stopped being interesting, and it reminded me of Agent Smith in the Matrix , thus becoming what seems like a rather boring allegory of the ego absorbing the world like a black hole. There was also Joyce Carol Oates’s “ I.D. ”
3 comments
Read more

Jennifer Egan, “Ask Me If I Care”

Claire Keegan’s “ Foster ” (TNY, Feb. 15 & 22, 2010) tells the story of a young girl who is sent away over the summer to a relative’s home. Because her parents keep having children and they have run into economic problems, the girl’s father drops her off at the house of man called John Kinsella. It turns out that Kinsella and his wife recently lost a child, who drowned in a well; the girl finds out through a gossipy neighbor. This makes the relationship between the girl and the Kinsellas both intimate and eerie. One gets the impression that they are projecting their love for their dead son on their guest. The girl picks up quickly on the manners and habits she is supposed to have at her new home, and cherishes the attention she gets, which doesn’t exist at her parent’s house. This is at once enticing and troubling for her: “Kinsella takes my hand in his. As he does it, I realize that my father has never once held my hand, and some part of me wants Kinsella to let me go, so that I
Post a Comment
Read more

Kevin Barry’s “ Fjord of Killary ” (TNY, Feb. 1, 2010) is a fast-paced tale about a poet who buys an old hotel in a remote corner of western Ireland. Locals gather to drink at the hotel bar, which is tended by the narrator in the evenings, but the customers constantly dismiss him and his urbane ways. The hotel is staffed by promiscuous and scowling Belarusians. The narrator is evidently in a midlife crisis: he hasn’t published anything in five years and he’s always trying to turn into a romantic version of himself (“I’d had a deranged notion that this would establish me as a kind of charming-innkeeper figure”). Buying the old hotel was part of his crisis. The short story focuses on one night in which a storm ravages the town and the hotel floods. Led by the narrator, the people at the bar take refuge in a function room upstairs. As the night progresses, the narrator is swooped up again by a lyrical urge and he ends by saying that the “gloom of youth had at last lifted.” He grew up.
Post a Comment
Read more

E. O. Wilson’s “ Trailhead ” (TNY, Jan. 25, 2010) is a very peculiar kind of story. It’s about ants. No overarching parallels with human beings, no allegories: just ants. We can presume it was drawn from Wilson’s forthcoming novel on the same subject. I’ll say this for “Trailhead”: it’s daring. It treats the exciting world of insects as fiction, and runs with it. The story is also instructive: you learn quite a bit about ants, and this from a world renowned expert on these insects. The story starts on edge, with the death of the queen ant. It then rewinds and describes how the colony was created by the queen ant. It was a struggle, and it paid off with a successful and buzzing colony that lasted decades. Then the queen ant died, and she was replaced by the winner in a struggle among a handful of pretenders to the throne. The colony is doomed to die, though, because the new queen is only producing male drones, incapable of inseminating her. A vibrant neighboring colony eventually takes
2 comments
Read more 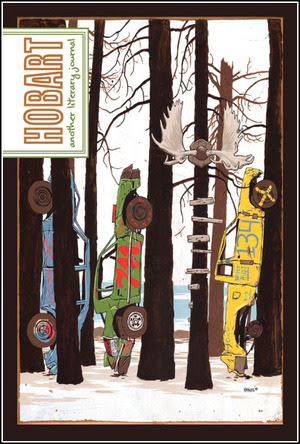 There’s quite a few good stories in Hobart 10, which was a nice surprise, as this was my first Hobart . The contents of the volume are varied: it includes comics (all of them flimsy), short short stories (none worth commenting on, honestly), and short stories. Looked at from another angle, kudos to the staff for the publication itself, which was nice and robust, but there is some carelessness in copy editing the stories (it gets better toward the end, but some have a heavy helping of typos). Here are brief comments on each of the short stories. Daniel Nester’s “Mooning: A Short Cultural History” is a dreadful piece that the editors must have considered funny and clever. It gathers random thoughts on mooning: lists, dictionary definitions, etcetera. They’re numbered. I found it insufferably dull. Claire Vaye Watkins’s “Graceland” may be the best story of the bunch. It’s about a woman who copes with grief about her mother’s death by worrying immensely about the fate of the wo
2 comments
Read more

The Thing with The New Yorker 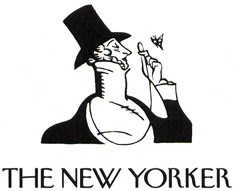 I used a short break from the hustle of everyday routines to pore over a heavy pile of unread New Yorkers . Flipping through almost ten of them back to back got me thinking about the magazine itself. Besides, the time to renew my subscription is coming up, so one of the main issues here was this: Should I renew it? I subscribed to The New Yorker almost a year ago. I celebrated it on the blog as a great literary decision. It was—you get access to wonderful stuff, in both fiction and nonfiction. There’s no doubt that TNY’s coveted fiction slot has hosted great authors and great pieces. And the nonfiction is often dazzling and thought provoking. And yet… Someone, an editor, told me recently that she abandoned weekly and daily publications because she felt just too guilty about not reading them properly. Magazines inevitably started to stack up. That made me realize that my own pile was not (just) a matter of my own inadequacy in fixing my schedule, but of an honest difficulty in man
2 comments
Read more 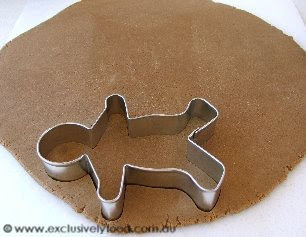 Is it just me? Why do I get the impression that almost every short story I read nowadays boils down to something like this? So I was walking around town the other day, doing what I generally do, when this quirky little thing happened. I know, I know, not a big deal, but it’s complex and symbolic deep down, when you come to think of it, especially when you come to think of something like that happening to someone like me , with that warped personal history of mine (let me hint at it now). But, hell, that’s life, it’s so confusing and it goes on, and everything else will just continue pretty much the same way it was. *** I’ve been reading a bunch of stories lately, but I haven’t brought myself to write about them because none has sparked enough interest to do so. I preferred not to write half-hearted comments, like I did a couple times earlier in the year (although last month I did share some discontent here and there ). The one story of the recent crop that probably intrigued me
Post a Comment
Read more
More posts