Showing posts from October, 2009
Show all

Carried Away by the Lower River

Paul Theroux’s “The Lower River” (published by The New Yorker last month) is a great story. Its full text is available here . Okay, so it’s a bit uneven. It seemed to miss a step when it started, but then it catches on and it keeps you hooked until the very end—when it offers no easy solutions, psychological or otherwise. More on this in a minute. “The Lower River” is a story about an elderly American man, called Altman, who travels back to the tiny town of Malabo, in the south of Malawi. Altman had been a teacher there for four years when he was younger, and he remembers it fondly (“his Eden,” he calls it). People quickly remember him when he returns, they almost idolize him, and he glows with the warm reception: if only people back home could see him now, he thinks. He feels nothing has changed (“It was as it had been—[…] a world that was ancient in its simplicities”). But things have changed. The village leader is a young and wily man called Manyenga, who greets Altman with u
2 comments
Read more

This year’s volume of The Best American Short Stories is off to a dour start. The series editor’s Foreword tells us that, “[a]t this time, all sorts of publishing seem destined to disappear, or at least exit from this challenging time enormously scathed. I have talked with editors who claim that literature is dead” (p. ix). Then we get this edition’s editor, Alice Sebold, elaborating further in her Introduction: “We are living, as I write this, in the worst economic conditions almost any of us can remember. In the world of publishing, good people have lost their jobs, and more job losses are on the horizon. Whole divisions of venerable publishing houses are falling away. Historic names are disappearing overnight, there one day and gone the next. The individuals who have survived so far are not quite sure why, and spend hours every day doing a job—editing quality fiction—that the powers that be are beginning to deem no longer necessary” (p. xv). In such a milieu, she goes on to say,
Post a Comment
Read more 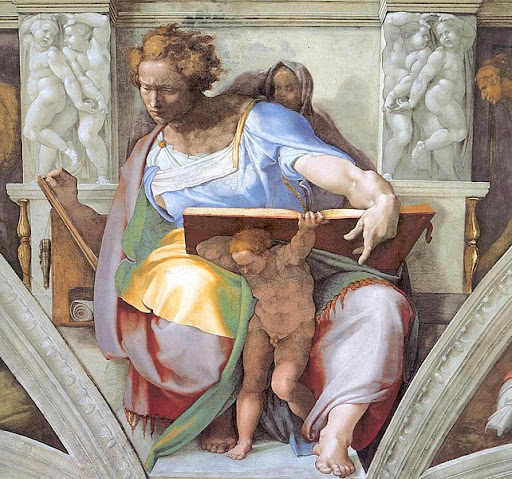 The Appeal of Breathing

Lydia Peelle first published the story “Reasons for and Advantages of Breathing” in One Story back in 2007. The story was picked up by Pushcart Prize XXXII . It then became the title story in Peelle’s debut short story collection, published this year by HarperCollins; it’s gotten good reviews. Peelle was recently named one of the five writers under 35 by the National Book Award (a distinction celebrated by One Story ). All of these seemed like good reasons to read the story. I couldn’t get it from One Story (it’s sold out), so I read it in her book. The story is narrated by a hopeless woman whose life has turned rather messy. Her husband left her recently; we find out he had been cheating on her for years (looking for fun women, he said), and even then they still see each other on occasion and have meaningless sex. She has an office job, which dully consumes her days. The story is kick-started by a chance encounter with a herpetologist in a crowded, cold bus. The herpetologist
Post a Comment
Read more

The New Yorker and Zoetrope are up there among the most prestigious venues for short stories, and actor and writer Sam Shepard published something on both, a few weeks apart. So why not comment on both stories at once? I read “Land of the Living” first. The New Yorker has it on its website, here . It’s a simple enough story about a family (mother, father, two kids) from Minnesota that goes on vacation to Cancún. The tale looks pretty uneventful, stirred by funny dialogues and the typical stuff that goes awry on vacation, until, out of the blue, the wife asks her husband if he has a girlfriend. He denies it promptly, but he spends more time and energy remarking on how inappropriate it is to talk about this in front of the kids, and asking where she’s getting her ideas from. Your cell phone, she says when asked; a woman called. It could’ve been anyone, he protests. This is a first-person story, narrated by the husband, so we could’ve gotten a flat denial any time; we don’t. The s
4 comments
Read more

I’m not exactly a fan of vampire literature. But, heck, so many people are these days that it’s up there as a major cultural phenomenon. The bookstore I visit most frequently has a whole flank that houses vampire books (of course, Stephanie Meyer has her own glimmering niche); people write down their name and number on pads, waiting to be called when the books they’re craving get in. Writers have been commenting on this in the papers (like so ). Short blog posts have ignited involved discussions on vampire popularity, with some people saying it’s nothing new, and others claiming it is. On top of all this, someone in my family has joined the ranks of authors writing vampire novels —with enough success to prompt sequels. So I wonder what’s behind the immense popularity of vampire literature. Industry reports must have very detailed answers, but I had a hazy, makeshift explanation of my own. My guess was that it had something to do with blood, and that it had something to do with ma
9 comments
Read more 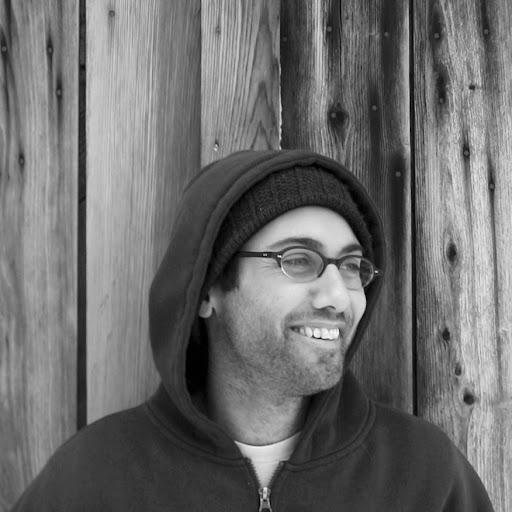 I just discovered Joyland , a short fiction magazine with an interesting partition: they’ve splintered the magazine into cities, and each city has its own editor and manages its own submissions (submissions must come from people who’ve lived in the city, but the stories don’t need to be set in the city). It’s an interesting concept. Well, on my first promenade through Joyland , I chanced upon two authors I’ve commented on before: I had liked Pasha Malla’s story “Monsters,” on Zoetrope Summer 2009, and I had enjoyed Joe Meno’s One Story piece, “Children are the Only Ones who Blush .” On Joyland , I first read the story by Pasha Malla called “ The Other Internet .” I didn’t like this one nearly as much as “Monsters.” It’s an interesting thought about a free and communal Internet, spread thin through 16 paragraphs, without any characters or actions. (I wouldn’t go as far as saying it’s not a story because it lacks such things .) It reminded me of Vonnegut’s brilliant descript
Post a Comment
Read more 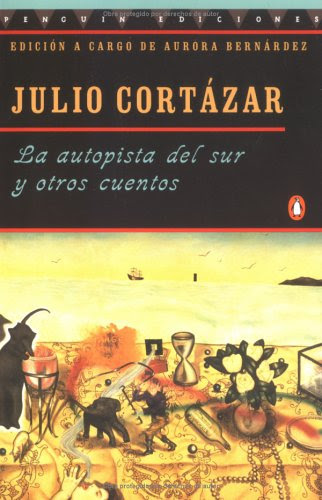 A Note on Plotting the Plot 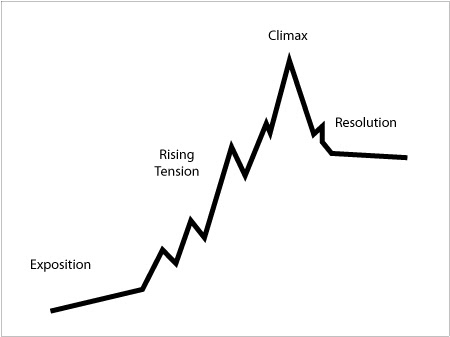 Plot is one of those things readers of fiction are very familiar with. It’s probably what got us to read fiction in the first place. Besides, everyone with a sense of sequence will have a sense of plot, so it’s not just something habitual readers of fiction will feel close to home. Here’s a fairly simple definition: according to the Norton Introduction to Fiction , the plot is “the arrangement of the action” (p. 71). There’s a nice take on this subject in chapter 6 of Jonathan Culler’s Literary Theory: A Very Short Introduction . He says that the “theory of narrative postulates the existence of a level of structure—what we generally call ‘plot’—independent of any particular language or representational medium. Unlike poetry, which gets lost in translation, plot can be preserved in translation from one language or one medium into another: a silent film or a comic strip can have the same plot as a short story” (p. 84). A plot is never wholly in the story. It is an abstraction, a sum
1 comment
Read more